GULFSHORE LIFE: From Mediterranean to Contemporary in Fort Myers

How a Fort Myers couple renovated their Mediterranean-style home into a showcase of contemporary living.

Sometimes, when you follow the crowd, you end up in a place that is totally unfamiliar. And if you’re particularly stubborn, you stay there for 15 years.

That’s how things went down for Robin and Gary Correnti. They moved to Fort Myers from New York, bought the lot and promptly waited two years to build. And when they finally did, they did what everyone else was doing.

“We had never built a home before, and we just did what everybody else was doing: the columns—all that Mediterranean junk,” Robin says. “It was the flavor of the month: the arches, the columns. … I went with the flow.”

“The faux. You went with the faux,” Gary chimes in.

Of course, they can be forgiven. All the cool kids were doing it. But after 15 years, it’s amazing how poorly the faux Italianate style held up. Even the Capulets wouldn’t be caught dead in one. So the Correntis called in designer Dwayne Bergmann with the thought to renovate the kitchen and perhaps repaint other rooms. When he returned with a 3-D presentation of the entire house, the Correntis were blown away.

Bergmann took the dark, dated interior and transformed it into a showcase of contemporary living, something that particularly resonated with Gary because he grew up in a very modern home. In fact, the only piece of furniture that survived the Bergmann renovation was a spectacular 20-piece vintage de Sede DS-600 nonstop modular sofa that holds court in the living room. It was purchased 40 years ago by Gary’s parents.

“I don’t want to say that we designed the whole house around that couch, but a lot of it was,” Robin adds. “It’s the coolest couch in the whole world.”

And it’s finally in a house that makes sense. Bergmann gutted the 5,000-square-foot, four-bedroom, four-and-a-half-bathroom home and had the Correntis move out for eight months as renovations took place. Every column that wasn’t weight-bearing came out, new hurricane windows went in, beautiful smoked-walnut flooring went down. And that’s when the designer started making some noise. The chef-grade kitchen, a space that gets a great deal of use with the family, became a gleaming showcase of design. Whimsical paper florals adorn the walls, and the eat-in island features a monolithic green glass top that brings the “wow factor.” 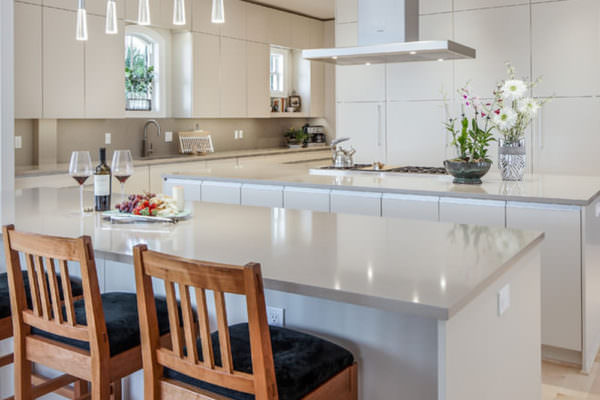 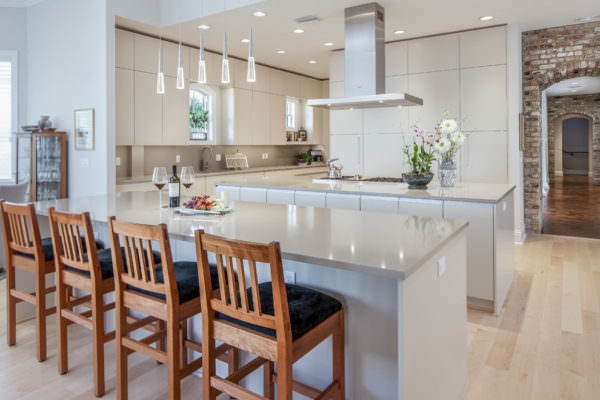 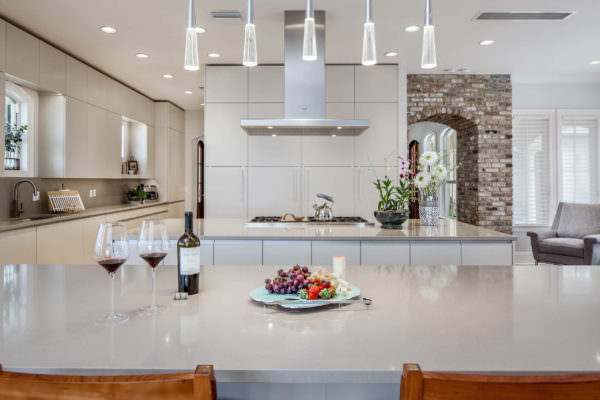 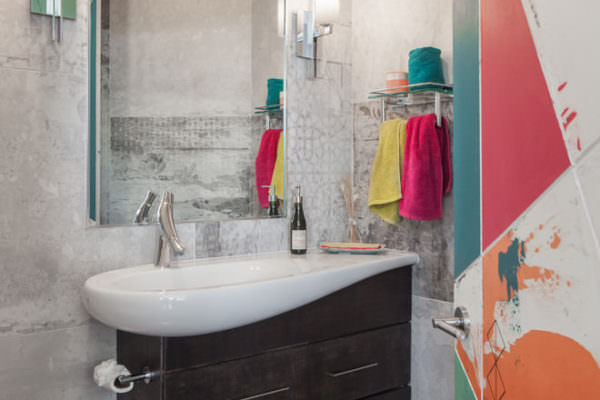 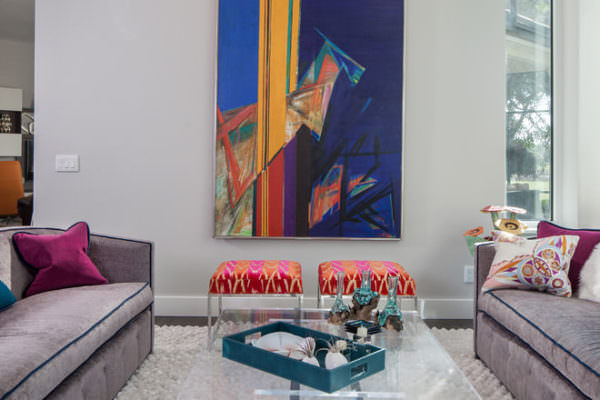 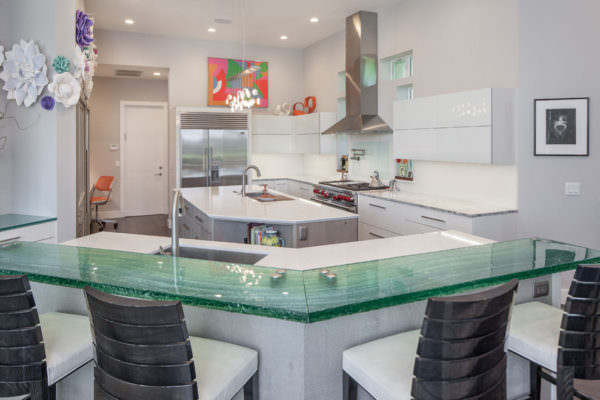 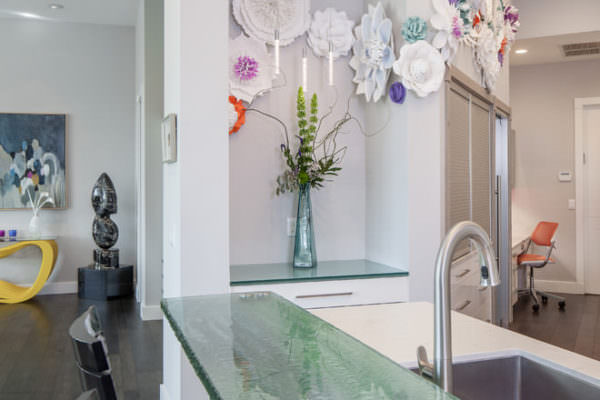 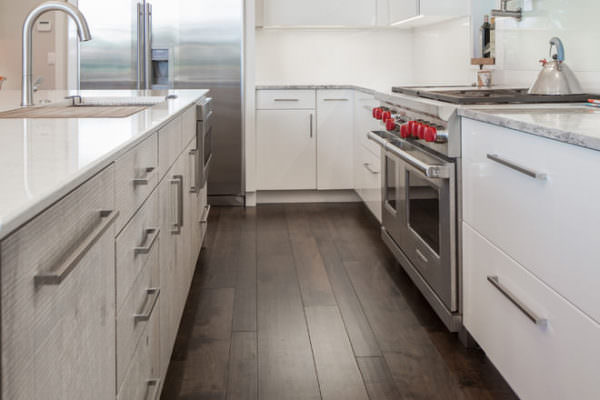 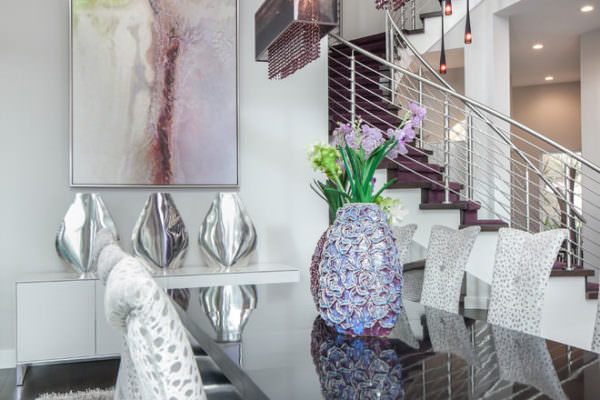 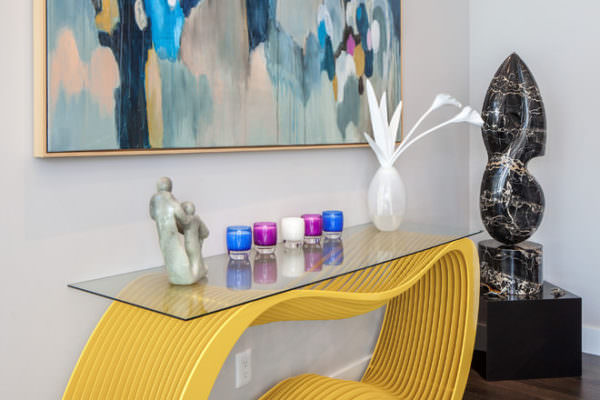 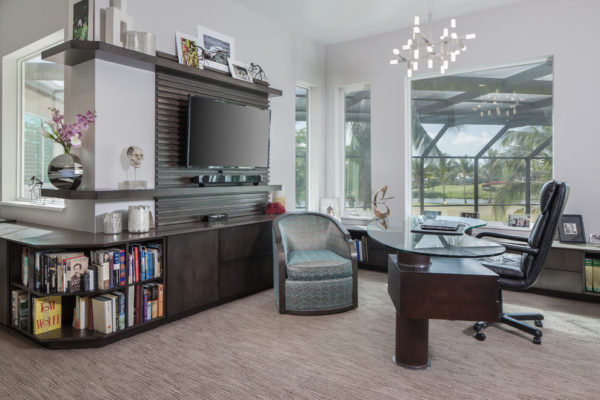 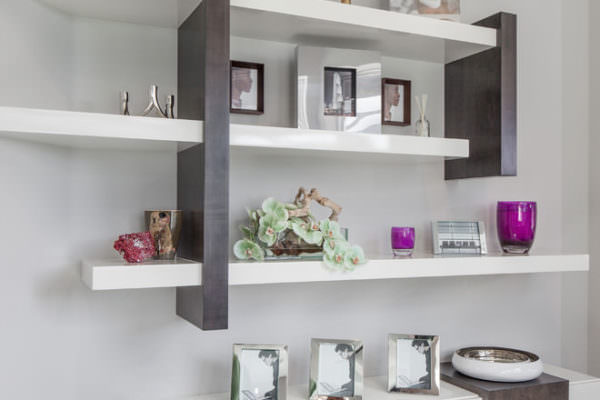 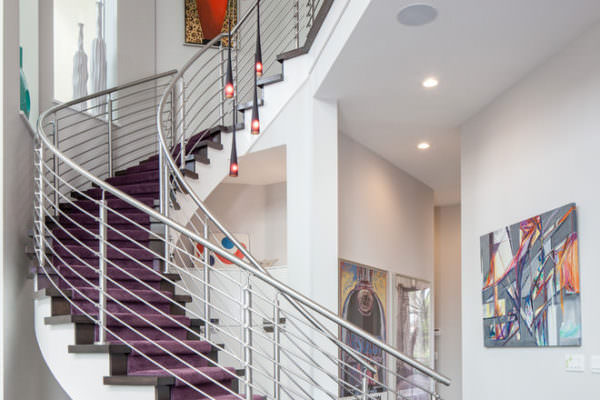 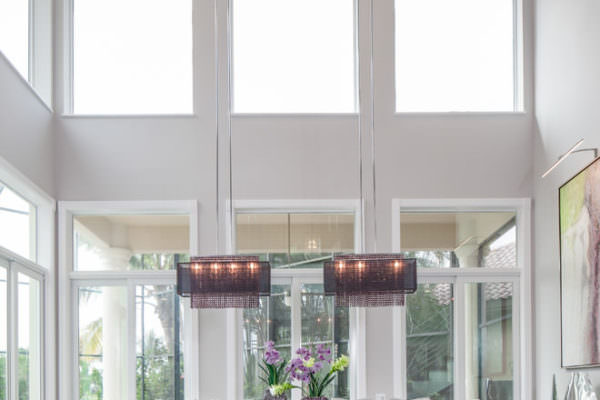 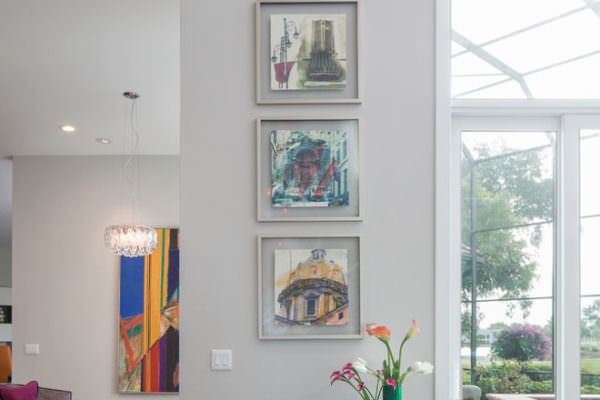